Many children need to get braces to straighten their teeth or correct misalignments in their bite. Between the ages of six and 18, between 50% and 70% of American children will wear braces. While braces can makeover your child's teeth, they can also lead to complications that parents should be aware of, like pulpitis. Here are four things parents need to know about braces and pulpitis.

Pulpitis is a dental condition that refers to inflammation of the pulp. The pulp is a tissue at the very center of a tooth that contains the blood vessels that keep it alive. The pulp also contains nerves, so when it becomes inflamed, a toothache results.

Your child may tell you that one of their teeth hurts when they eat candy or when they drink cold liquids but stops hurting shortly afterwards. If the pulpitis is more severe, they may tell you that their tooth hurts when they eat hot foods or even that it hurts in the absence of any identifiable trigger. It's important that this pain is evaluated by a dentist and not assumed to be just pain from their teeth being moved.

How do braces cause pulpitis?

Your child's braces will reposition their teeth over time. Orthodontists try to move the teeth slowly to avoid causing any damage, but if the teeth are moved too quickly, the vital blood supply that keeps the teeth alive can be cut off. Losing this blood supply will irritate the pulp, resulting in pulpitis. Pulpitis can also occur when your child's brackets are removed at the end of their orthodontic treatment.

There are different degrees of pulpitis. Reversible pulpitis—which is transient and won't cause any long-term damage to the tooth—is an expected complication of orthodontic treatment. If your child gets reversible pulpitis, they'll have sore teeth but won't suffer any serious effects.

Irreversible pulpitis—which means that the pulp is destroyed and the tooth is non-vital—is more serious. However, this is rare, and it's more likely to occur when the teeth have been previously traumatized.

How is pulpitis treated?

If your child develops a toothache while they're wearing braces, take them to a dentist for an evaluation. The dentist will take x-rays to determine if the pulp is inflamed, and if so, if the inflammation is reversible or irreversible.

If the inflammation is reversible, halting the forces that caused the inflammation will be all that's needed. Your child's orthodontist will delay adjusting the braces to give their teeth time to heal. This means that your child will need to wear their braces for a bit longer.

If the inflammation is irreversible, dental intervention will be necessary to save the tooth. The dead or dying pulp will need to be removed through a procedure that many parents will be familiar with: a root canal. The pulp will then be replaced with an artificial filling material, and orthodontic treatment will be able to continue. In severe cases where teeth can't be saved with a root canal, tooth extractions will be necessary.

If your child develops a toothache while they have braces on their teeth, they could have pulpitis, a complication of orthodontic treatment, and should be seen by their dentist. 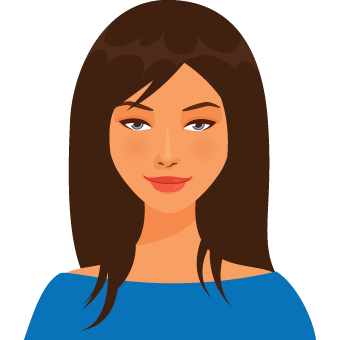 Hi there, my name is Selma Simmons. Welcome to my site about routine dental care. When you go into your dentist, technicians take a look at your teeth and gums to determine if you need any work done. This visual inspection says a lot about the way you care for your teeth. If you brush and floss twice a day, your teeth will show very little plaque deposits around the edges. Severe neglect, on the other hand, almost always results in the discovery of a few cavities, especially between your teeth. I will use this site to help you learn how to care for your teeth in the best way possible. Your efforts may even be rewarded with clean, healthy teeth that do not need any restorative work. Thanks for coming by.